Frozen Yards: Our (and of course your's) Picks For The Next Outdoor Games 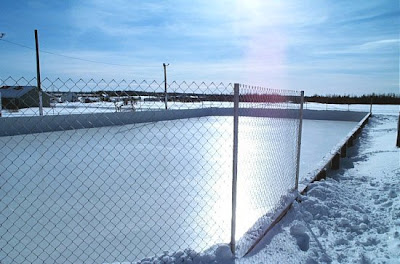 Ah what a beautiful sight. Nothing beats the sound of skates on fresh ice especially on a sunny--yet chilly--winter day. While Michigan, Ohio State and Penn State get to experience January hockey games in all its outdoor hockey glory we wanted to share our own early thoughts on potential Big Ten marquee match-ups. Let's play hockey! 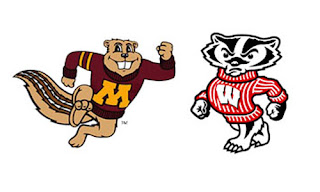 Minnesota vs Wisconsin
As Matt Brauson tweeted: "@B1gIceHockey Wisconsin and Minnesota obviously"
Can't argue with putting this at the top of the list and given the rivalry and tradition of both schools, it's almost surprising the two haven't met at center stage in an outdoor venue yet. There's no doubt that this game would draw the crowds. Typically two top-tier programs with a taste for bad blood between each other, the ingredients for an amazing hockey game are all there including some great stadiums to pick and choose from; The Gopher's new TCF Stadium located in the heart of the University of Minnesota campus--and across from their usual stomping grounds at Mariucci Arena-- or Wisconsin's Camp Randall where they sit 2-0 in outdoor competition against Ohio State in 2006 and over the Wolverines in 2010.

Matt Perros offered this solution to us via Twitter: "@B1GIceHockey probally tcf since its fairly new but they could switch off like msu and mich did"

Definitely a way to encourage and increase the amount of raucous college fans and their favorite chants on campus. Move off-campus and Minnesota offers another newly built crowd pleaser with the Minnesota Twins' Target Field in downtown Minneapolis and while it may require travel, Miller Park or Lambeau Field have proven to be fan favorites in Wisconsin.

An option that crossed my mind while skating up in the "Icebox of the Nation" (International Falls, Minn.) this past weekend would be to try something that has not yet been done with outdoor games; Bring it back to the ponds. I think this would especially work given the popularity of pond hockey in both states and with the already rich hockey background at both schools and a dedicated following, it'd work great. Even better, Adam Pietruszewski offers up this gem of an idea: @B1GIceHockey Minnesota vs Wisconsin on Lake Minnetonka. One can dream, right? 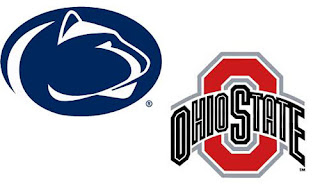 Got some great fan-feedback on this one and to be honest I hadn't really given it much thought until then but now see it as a positive for both schools trying to gain ground in a Michigan/Michigan State/Minnesota/Wisconsin dominated conference.

Ohio State has been building a rep for themselves as a school that can indeed compete with the big boys, making six NCAA appearances including four in the past nine years and putting up some big rankings in both major college polls this year. Now as Penn State looks to close out its ACHA run at the end of this season and featuring its outdoor game debut before making the jump to NCAA Div.I in 2012-13, why not pair up with a team that tends to get lost in the mix from time to time.

Here's what some of you guys had to say about why these two should face-off outdoors:

"I would love to see more than one game played outside, but also realize how tough it is to set it up, but it is fun to think about. As for the two teams I would like to see Penn State v Ohio State seems a natural. Could be played at the Jake or the Ketchup bottle."

"I think Penn State-Ohio State at either school's football stadium (preferably Beaver Stadium, for homerish reasons) would be Big Chill huge, with a six-figure attendance!"

Similar to this year's Michigan-Ohio State match-up, these are two huge Big Ten programs. Throw them in at either college stadium and the tickets will sell with great fanfare at both. We'll be able to catch a glimpse of both team's in outdoor action this year but I can say I would not be surprised to see these two against eachother down the line. 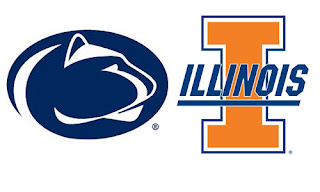 Illinois vs Penn State
Ok I know, little talk has been discussed about the possibility of Illinois moving up to Div.I status and thus being eligible for Big Ten hockey, but this is coming from my partial American Collegiate Hockey Association biased (Cyclone Hockey original). In my four years working with Cyclone Hockey from 2006-10, few teams were better than Illinois and Penn State. The Icers have hoisted six ACHA National Titles (1990, 1998, 2000, 2001, 2002, 2003) as the Fighting Illini have captured two in 2005 and 2008. Toss that in with the fact that--hypothetically speaking if Illinois gains NCAA Div.I sanction-- both were able to establish their programs as a Div.I team, why wouldn't you want to see them go back to their roots and compete?

Other teams/ideas garnering votes: Michigan-Michigan State: I have no fear that this game will remain an outdoor showcase--and legend for years to come.
An Outdoor Hockey Tournament For All as a Break in Schedule: An interesting concept brought up by Jordan Weiss. While I love the idea and I think given the right location it could be successful, I am sure college coaches--and teams--won't be up for it. The risk it puts players at for injury for the season isn't worthwhile to the teams. A possible adapted concept would be to opt for an outdoor tournament in place of one of the many holiday classics approaching us this weekend.

***Editor's Note: Big shoutout to all of you guys that participated, really appreciate the input and hope you had fun tossing your two cents in too (god knows that's essentially all I do).***
@ 10:21 PM